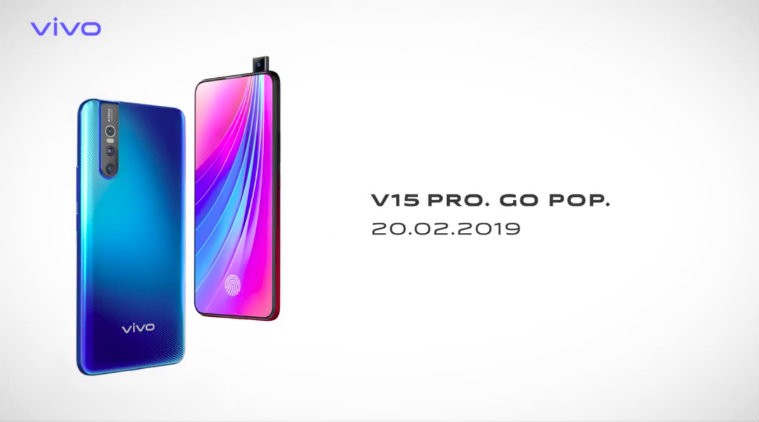 The leak claims that Vivo V15 Pro will be powered by Qualcomm Snapdragon 675 and host a 3700 mAh battery with “Dual Engine” fast charging. It will have a 6.39-inch FHD+ Super AMOLED Ultra FullView display with an in-display fingerprint scanner. The phone is expected to have 6GB RAM and 128 GB of internal storage.

On the front, Vivo V15 Pro has a 32MP pop-up selfie camera and a triple camera setup at the back, as seen in the teaser video uploaded by Vivo.

Various reports suggest that the selfie camera might be the recently launched Samsung GD1 32MP image sensor, which is small and comes with support for electronic image stabilisation (EIS) for better and more stable videos.

The leaked specifications claim the presence of a 48MP sensor rear camera on the back as seen in Redmi Note 7, which is yet to launch in India. The specification leak also hints that 48MP camera might work as a 12MP camera via pixel binning (combination of data from four pixels into one). The rear camera setup includes an 8MP sensor and a 5MP sensor.

As per the leaked specification sheet, the unconfirmed price of the Vivo V15 Pro is Rs 33,000. However, in a recent interview, a Vivo executive told news agency IANS that the upcoming Vivo V15 Pro will be priced between Rs 20,000 and Rs 30,000 in India.

Vivo announced that it is going to launch Vivo V15 Pro in India on February 20, 2019, prior to Mobile World Congress (MWC) in Barcelona.