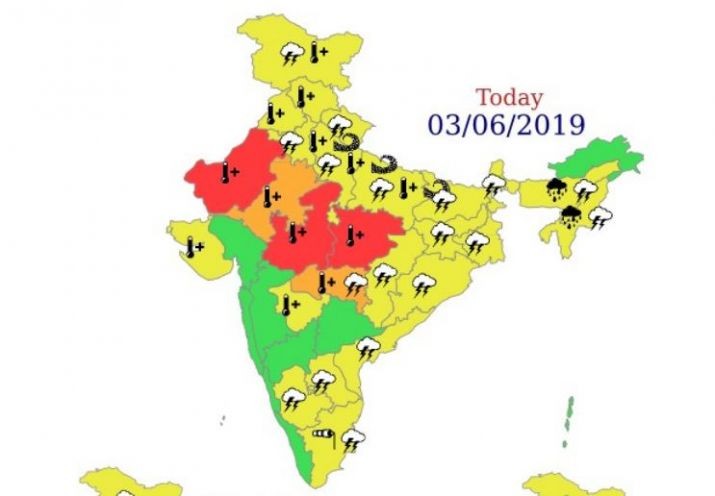 Severe heatwave is likely to prevail over North West, Central and majority of peninsular India for the next two days, the India Meteorological Department (IMD) said on Monday.

The surging heat will pass over Vidarbha over the next five days and over Punjab, Haryana, Chandigarh, Delhi and south Uttar Pradesh during next two days, the IMD said.Severe heat wave conditions were likely to prevail over Rajasthan and Madhya Pradesh over the next 24 hours. Any decrease in intensity was likely only thereafter, it added.

Conditions, though were becoming favourable for further advance of the Southwest Monsoon into extreme southern parts of the Arabian Sea, some more parts of Maldive-Comorin Area, southwest, southeast and eastcentral Bay of Bengal in the next 24 hours.

It said an east-west shear zone at 3.1 km above mean sea level was very likely to develop across extreme south peninsula from June 5 onwards leading to favourable conditions for onset of the Southwest Monsoon over Kerala subsequently.

However, thunderstorm accompanied with squall & lightning (50-60 kmph) at isolated places is very likely over Uttarakhand, IMD has warned.