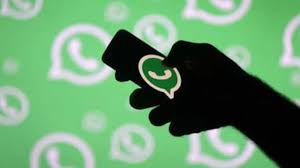 WhatsApp is constantly testing and adding new features on to its platform. In the past, reports have indicated that WhatsApp is working on adding a number of new features including a new audio picker, forwarding Info, an in-app browser and image search to its Android app. And now word is that the Facebook-owned social messaging app is planning on adding Sticker Notifications to its Android app.

As of now, WhatsApp shows text and emojis in the notification bar of your smartphones. And when users receive a sticker, WhatsApp displays the word 'Sticker' in text along with a heart emoji. This is true for both - WhatsApp for Android and WhatsApp for iOS. But now a report by WABetaInfo, the blog that tracks developments in WhatsApp, suggests that the social messaging app has starting testing the Sticker Notifications feature in its Android app.

So how will that change your WhatsApp experience? Well, the answer to this question is really. Once the feature is rolled out, users will see the sticker that they have received in the notification bar of their smartphones instead of the word - sticker - and the heart emoji. This in turn would eliminate the need for them to open the app each time to check the message and give them the scope to respond to a specific message later.

The blog noted that while the feature isn't available publicly yet, the company has started testing this feature in WhatsApp beta for Android version 2.19.130. Notably, WhatsApp had started testing the Sticker Notifications feature in its beta app for iOS last month and now the company has starting working on a similar feature for its Android app. But so far there is no word on when the company will roll out the feature to all its users.

Apart from the sticker notifications, WhatsApp reportedly has resumed working on bringing Dark Mode onto its Android app. Earlier this month, WABetaInfo had reported that WhatsApp had completely removed dark mode in its Android app, sparking rumours that the company had dropped the project all together. But now, the blog has confirmed that the company has started working on tge feature again. The blog also retweeted an image of dark mode on Android Q by another Twitter user. So, it is safe to assume that the dark mode on WhatsApp is not a lost dream.