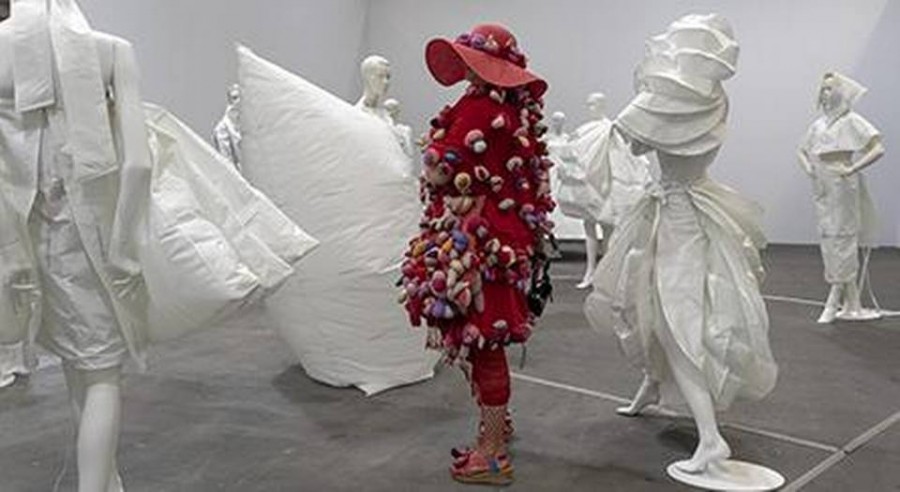 The #MeToo movement that exploded on the global stage in late 2017 has inspired several works exhibited at this year’s Art Basel, the world’s biggest contemporary art fair, which opens to the public on Thursday.

Women artists have taken centre stage at the show’s 50th edition, with in-your-face installations expressing disgust and exasperation at persisting gender inequalities and culturally condoned abuse and harassment of women.

Spanish artist Alicia Framis has filled a room with delicate, white mannequins wearing different styles of dresses made from airbag material, which inflate to protect different parts of the female body.

The piece called “Life Dress” consists of dresses “to protect women in all work situations where there is some kind of abuse,” Ms. Framis said. The 52-year-old artist said she had spoken with victims of harassment and abuse and allowed their stories to inspire the dress designs, using “fashion to demonstrate against violence.”

It consists of reams of photographic prints on red backgrounds, each listing the name and occupation of a public figure accused of sexual harassment or abuse, their public response to the accusations and details of the case.

U.S. President Donald Trump also figures in the piece, as do his predecessors Bill Clinton and George Bush Senior, two Supreme Court justices, as well as actors, journalists, musicians and other public figures.

“I just felt like the #MeToo movement is perhaps one of the most important feminist movements of my lifetime,” Ms. Bowers said.

The 54-year-old self-described feminist activist artist said she had been shocked to realise “what it was like for me growing up, that it was rape culture, where ... young men were given permission to sexually violate me and my friends.”