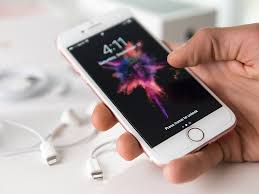 Apple on Tuesday announced assembling its iPhone 7 smartphones in India. Manufacturing partner Wistron will be assembling the devices at its Bengaluru plant. The top-end model of the phone costs Rs 49,900. Key features of iPhone 7 include 4.7-inch Retina HD display, TouchID, 12-megapixel camera, 7-megapixel selfie camera, and A10 Fusion Chip processor. Apple is now trying to reinvent itself as a services company.

Apple’s recent quarter reports indicate that the company has been struggling in key markets such as India and China. According to Counterpoint Research, Apple shipped 1.7 million smartphones in India in 2018, almost 50% lower than shipments of 3.2 million units in 2017. Interestingly enough, Apple’s older models are more popular in India than the latest ones.

The company is trying to win back its customers by slashing prices and bundling discounts. The company cut prices for several of its products including iPhones in China, according to an IANS report.

With hardware sales plummeting, Apple is now trying to reinvent itself as a services company. Last month, it launched three new subscription services, Apple News+, Apple Arcade, and Apple TV+. While the services grabbed the limelight at its special event, new hardware like AirPods 2 and new iPads were given no stage time.