New Delhi / CSB Bank IPO will close on November 26, is aiming to raise up to ₹410 crore 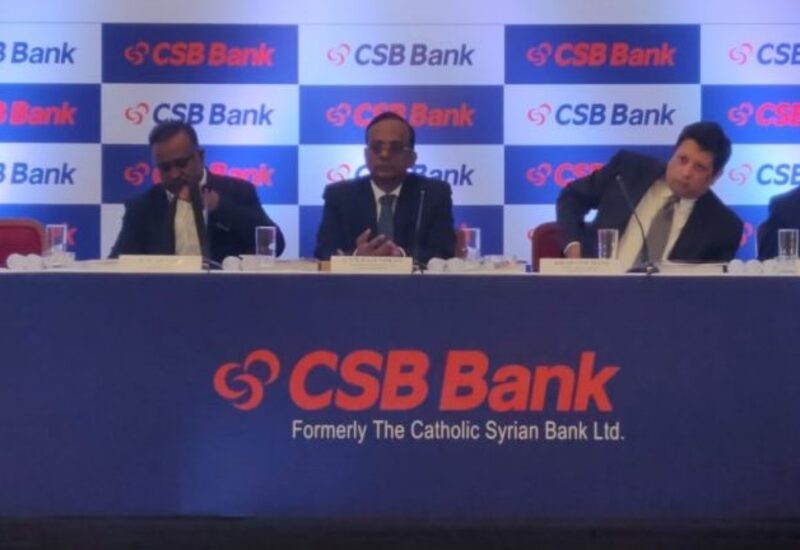 The IPO of Kerala-based CSB Bank, formerly known as Catholic Syrian Bank, is open for subscription. The issue, which opened on Friday, was fully subscribed on Day 1 itself, with strong interest seen from retail investors. CSB Bank IPO will close tomorrow (November 26). CSB Bank is aiming to raise up to ₹410 crore and has fixed a price of ₹193-195 per share for the IPO. Axis Capital and IIFL Securities are managing the offer. On Thursday, CSB Bank raised ₹184 crore from anchor investors.

75 equity shares and in multiples of 75 thereafter.

Link Intime India Private Limited is the registrar to the offer.

CSB Bank shares will be listed on both BSE and NSE. The tentative date for share allotment finalisation is likely to be December 02, 2019 and listing date December 4, 2019, according to brokerages.

"While CSB Bank has a long operating history as a traditional bank, it is currently focusing on implementation of strategic changes in its business model to function efficiently as a full service new age private sector bank backed by its new marquee investor, Canadian billionaire Prem Watsa's Fairfax India Holdings Corporation," HDFC Securities said in a note.

ICICI Securities has a subscribe rating to the issue, banking on the turnaround theme. “CSB’s performance has not been encouraging in the past with rise in NPA level. However, new promoter and strong management brings capital and execution strength on the table which bodes well for future growth as well as earnings. Therefore, we assign a subscribe recommendation to the stock. Further, at the IPO price band of ₹193-195, the stock is available at a price per book value of about 2.2 times at the upper band on H1FY20 basis," ICICI Securities said in a note.

Jaikishan Parmar, senior equity research analyst at Angel Broking, says, "At the upper end of the price band, CSB Bank demands adjusted price/book multiple of 2.4 times of Q2FY2020 adjusted book value, which we believe is expensive considering the investment concerns. Similar banks are trading at lower valuation than CSB and have better return ratio (DCB Bank at P/ABV of 1.73x, Federal Bank at 1.36x, South Indian Bank at 0.5x, City Union Bank at 3.23x and Karur Vysya Bank at 0.8x). We believe investors should wait for price discovery before taking any investment decision. "

“The bank is planning to open new branches (350-400) over the next 3-4 years, which will keep cost to income elevated," says Angel Broking in a note.

Angel Broking has a neutral view on the issue.

New Delhi / CSB Bank IPO will close on November 26, is aiming to raise up to ₹410 crore