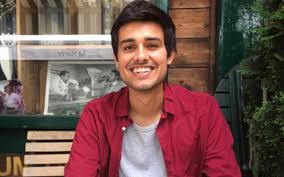 A leading political Youtube content creator and a frequent critic of the Narendra Modi government and Bharatijya Janta Party, Dhruv Rathee, was briefly banned from posting on Facebook on Monday, 18 March. Rathee had tweeted that the giant social media platform had blocked him from posting on Facebook for 30 days, which included crucial phases leading up to the 2019 Lok Sabha elections.

Rathee had simply posted screenshots of a Britannica article talking about the life and rise of Adolf Hitler and written, “These are paragraphs from biography of Hitler. Read the lines which I underlines in red.”

He was then notified by Facebook,“This post goes against our Community Standards.”