Special / Have you ever seen a dragon vomiting blood? otherwise look here

Zoom News : Sep 23, 2021, 10:48 AM
One person said that he is very afraid of snakes. He gets scared just thinking about the snake. He is imprisoned in his own house. He doesn't want to go out.You may have seen many poisonous snakes in your life, you must have seen them fighting, hunting, but have you ever seen any snake vomiting blood. Yes, this has happened in Shropshire, United Kingdom (UK). Here a python was seen vomiting blood on the road.
Suddenly the dragon started vomiting blood 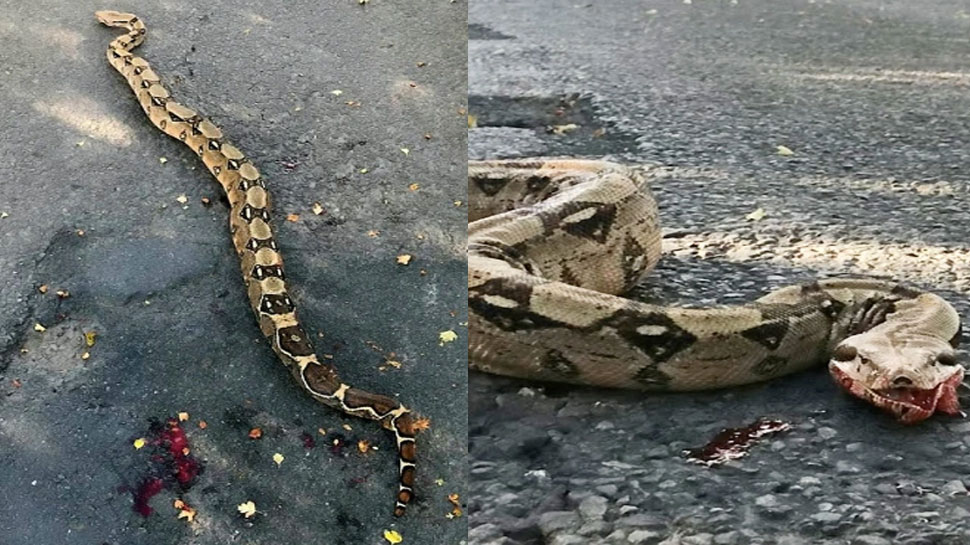 According to a report published in The Sun, when people saw the python vomiting blood, they called the response team. Initial investigation revealed that two bike riders crushed the python, due to which it was badly injured and started vomiting blood.
The life of the dragon could not be saved 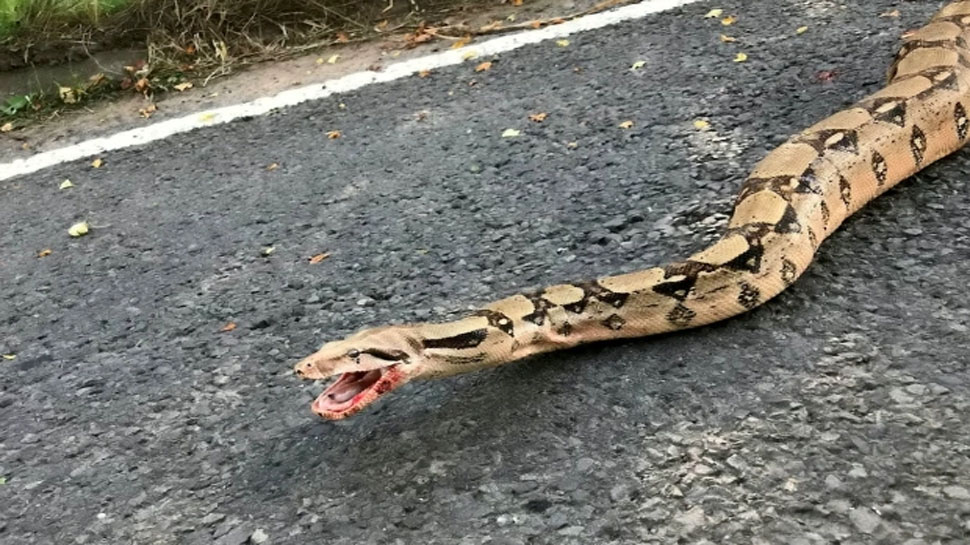 Let us inform that after receiving the news, the response team immediately reached the spot and the injured python was taken to the animal doctor. There he was also given pain relief but the life of the injured python could not be saved. He died late in the night.
Fear of snakes haunting people
It is worth noting that the people of the area are in panic after the python was found on the road. Apart from the injured python, the dead body of another snake was found lying on the road. It is believed that some people are deliberately throwing their pets on the road.
On this incident, a person wrote on social media whether I am the only one here who is afraid to get out of the house or is there someone else like me. I can't live with a 6 feet long snake. At the same time, another person wrote that it is really like a nightmare. Just thinking about snakes gives me goosebumps.

Special / Have you ever seen a dragon vomiting blood? otherwise look here