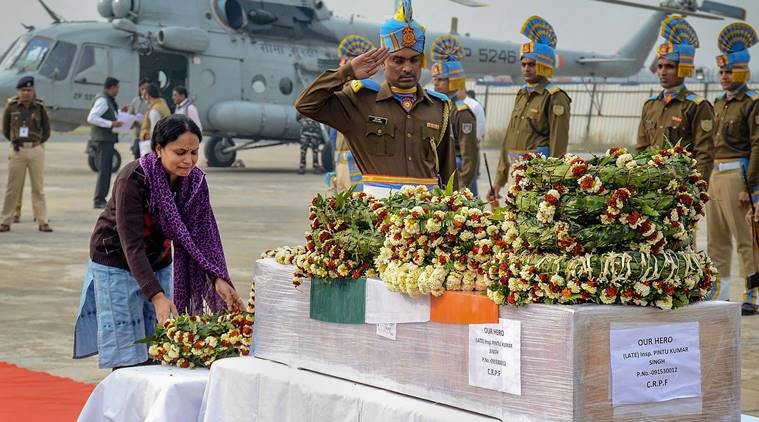 Prime Minister Narendra Modi and Bihar Chief Minister Nitish Kumar mentioned the supreme sacrifice of CRPF Inspector Pintu Kumar Singh at the NDA rally on Sunday, the CRPF inspector’s family is upset because no minister from the state government was present at Patna airport to receive Singh’s body. No NDA leader came to the airport. A government protocol was in place, but there was no minister to pay respects.

When his body reached Patna airport, a government protocol was in place, but there was no minister to pay respects to the paramilitary personnel.

His uncle Sanjay Kumar Singh said, “Pintu has not received the honour he deserved from the state government. No NDA leader came to the airport.”

JD (U) spokesperson Neeraj Kumar said, “Though all protocols were followed, we have no idea if any minister was deputed to receive the jawan’s body".