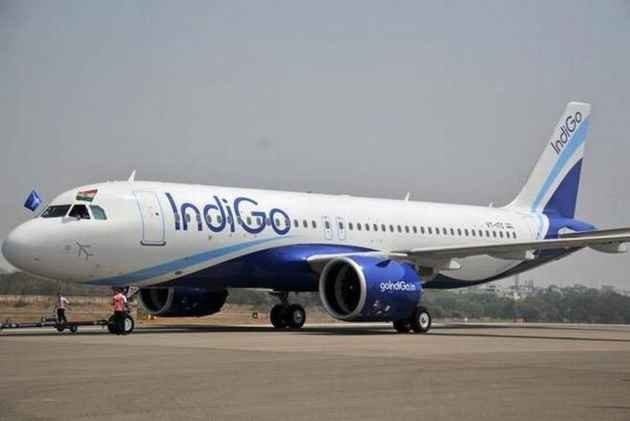 Sources said that the weather was just a basic reason but the actual reason is shortage of pilots in the airline. IndiGo at least needs 100 captains immediately for proper flight schedule. IndiGo airlines cancelled around 75 several flights over the weekend and at least 32 on Monday. The airline said the reason is network disruption due to the bad weather.

The airline released a statement and said, "Due to a severe hailstorm in North India on Friday, February 7, 2019, 11 IndiGo flights were diverted. Consequently, this disrupted operations across our network the following day. As part of recovering our schedule, positioning of the crew and aircraft had to be readjusted. As a result, a number of flights were cancelled. We regret the inconvenience caused to our customers."

However, the story is deeper than just bad weather. Sources said that the weather was just a basic reason but the actual reason is a shortage of pilots in the airline. IndiGo, which is expanding rapidly, has not been able to manage the required number of pilots to operate the flights. The airline is in desperate need of captains.

A source said that six months ago IndiGo was operating flights with just 70% pilots and had a 30% shortage. As per estimation, IndiGo at least needs 100 captains immediately to sort out the work and flight schedule.

With a fleet of over 200 aircrafts, the airline operates more than 1,300 daily flights with around 3,000 pilots. Bad weather occurs every year but why is the airline on a spree of flight cancellations this time around? February is not often known for peak weather changes. It is mostly during pre and post monsoon.

While the airline does not want to cancel their flights, the present pilots are put under tremendous pressure to work extra hours. Pilots who are on standby duty are pulled out almost every time.

Most IndiGo pilots are flying over 100 hours on an average per month, with a minimal period of rest. The maximum flight duty time for a pilot in India is 125 hours per month, according to the Directorate General of Civil Aviation (DGCA).

As a result of the extra flying, the pilots have complained of severe body and mental fatigue. The mental and physical performance of pilots is vital to a flight and fatigued pilots are at a risk at taking slower decisions in the cockpit risking several lives.

There was an instance where an IndiGo pilot saw his roster and resigned immediately, unwilling to work extra. Sources said many pilots have resigned as their bodies give up after a few months. Another time, a pilot who was on sick leave was asked if he can fly on that day.

Most pilots are on a 70 -hour per month contract and are flying 100-110 hours. Even though pilots get paid well for the extra hours, they feel that it should be a choice to work extra rather than airline forcing pilots to work extra.

One such crew member said, "I get paid well, but what's the use of it. After so much fatigue I fall sick and use that extra money on medical bills."

Pilots feel that if it's an occasional case of working extra it is fine but it has been a continuous process at IndiGo. Pilots almost fly four sectors every day (For example: Delhi - Mumbai, Mumbai - Bangalore, Bangalore - Chennai & Chennai - Hyderabad).

The DGCA does not encourage airlines hiring senior pilots which are not helping the airlines in India today. The country is facing a shortage of senior captains across all airlines.