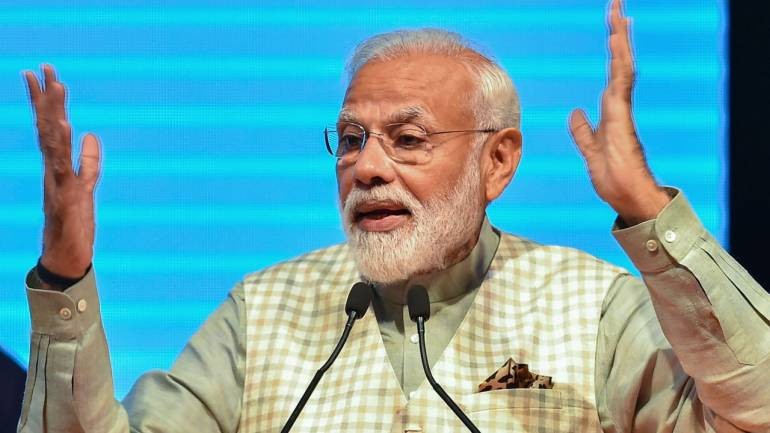 Prime Minister Narendra Modi said on Friday the Centre has released more than Rs 100o crore to all the states, which will face the brunt of Cyclone Fani that made landfall near Puri killing two people, and all those affected that the entire country was with them.

Prime Minister Modi, who was addressing an election rally in Rajasthan, said the Centre is in touch with government in Odisha, West Bengal, Andhra Pradesh, Tamil Nadu and Puducherry.“I took the latest update from officers. I held a review meeting yesterday (on Thursday). More than Rs 1,000 cr was release to concerned governments in advance. The NDRF, Indian Coast Guard, army, navy and Air Force are working with the administration. I assure the affected people that the entire nation and the Centre are with them,” Modi said.

A senior Odisha government official said two people were killed as Cyclone Fani slammed into the state earlier in the day with winds gusting at speeds of up to 200 kilometres per hour.“I can confirm two deaths for now. One old man in one of the shelters died because of (a) heart attack. Another person went out in the storm despite our warnings and died because a tree fell on him,” Odisha state special relief commissioner Bishnupada Sethi said while speaking to news agency AFP.

Cyclonic storm Fani made landfall in Odisha’s Puri district wreaking havoc on Friday damaging houses, uprooting thousands of trees and electricity poles. The Odisha government has evacuated more than a million people from districts affected by India’s strongest summertime cyclone in the last 43 years and asked people to remain indoors.

The India Meteorological Department said Cyclone Fani is expected to weaken with a wind speed of 150-160km per hour and that it will weaken and move north-northeastwards. By evening, it may weaken into a severe cyclonic storm over the extreme northern part of Odisha, it added.

The system is then very likely to continue to move north-northeastwards, weaken gradually and emerge into Gangetic West Bengal as a “severe cyclonic storm” by the early morning of May 4.