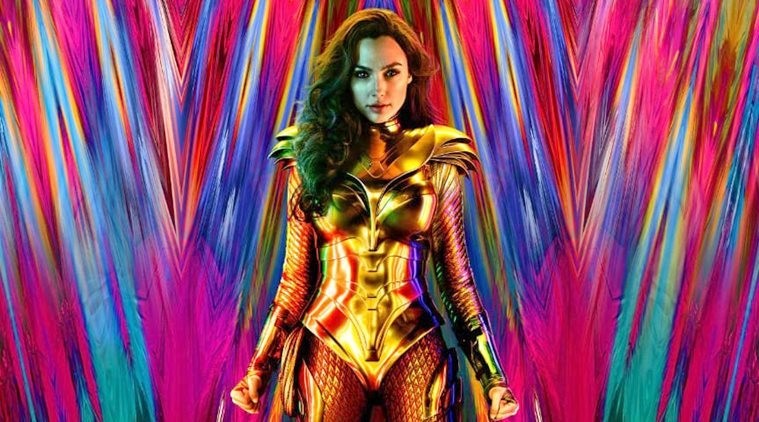 The makers of Wonder Woman 1984 dropped the first look poster featuring Gal Gadot. Director Patty Jenkins also shared that the team won't be attending the San Diego Comic Con gathering this year. The sequel to Wonder Woman (2017) will release in 2020.

Gal Gadot starrer Wonder Woman kicked off the trend of female-led superhero films when its origin movie released in 2017. Now, one of DC’s biggest champions is returning with much more power and vigour. And adding to the excitement, Warner Bros and Gal Gadot released the first look poster of its sequel titled Wonder Woman 1984.

The first thing that strikes us in the first look poster of Wonder Woman 1984 is Gadot’s new golden suit and the colourful abstract background that smartly spells the letter “W”. Her closed fists and a fiery attitude only hint that there is a lot more action and adventure in store for DC fans.

Director Patty Jenkins also shared the poster and revealed that they won’t be attending the San Diego Comic-Con gathering this year. She wrote on Twitter, “By now you’ve heard: WB isn’t going to Hall H this year. We’re so sad to miss you there! And waiting until Dec. to start our official #WW84 campaign in full– But the truth is… we can just… barely… wait…”

Wonder Woman traced the origin of warrior Diana Prince from the land of Amazonia as she trains and discovers her powers. It told us how she went on to become a superhero. The first film was lauded by the audience and critics alike and went on to become a blockbuster, grossing around 822 million dollars

Wonder Woman 1984 will now take Diana to the 1980s where she will fight the Cheetah, played by actor Kristen Wiig.

Wonder Woman aka Diana Prince first made her DC debut in Batman v Superman: Dawn of Justice, followed by her own origin film. She was also a part of Justice League. Wonder Woman 1984 will be her fourth DC appearance.