Political / "Got No Call After Gathbandhan Lost": Mayawati Charges At Akhilesh Yadav 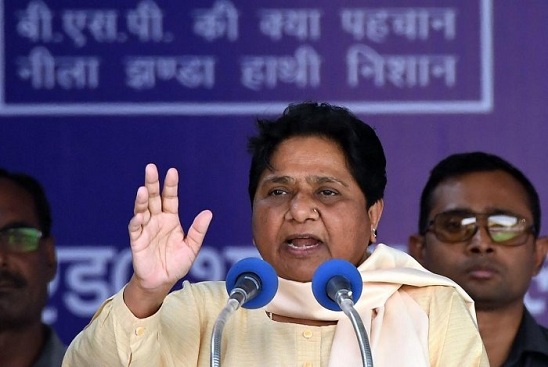 A month after the opposition alliance in Uttar Pradesh was decimated in the Lok Sabha elections, Bahujan Samaj Party (BSP) chief Mayawati scaled up her offensive against Samajwadi Party president Akhilesh Yadav at a party meeting in Lucknow on Sunday.

Besides dredging up past misgivings and slamming her former rival for ignoring political niceties, she even accused Samajwadi Party founder Mulayam Singh Yadav of trying to falsely implicate her in the Rs. 17-crore Taj corridor case in the early 2000s. Her fresh outburst is likely to further damage prospects of the two parties joining hands against the BJP in future electoral battles.

"After the mahagathbandhan lost the elections, I received no call from Akhilesh. BSP general secretary Satish Mishra asked him to speak to me, but he just wouldn't listen. But because I am senior to him, I called him up instead and expressed sadness over his family members losing," Mayawati told party members at the meeting.

Despite expectations that the BSP-Samajwadi Party combine would pose a veritable challenge to the BJP in Uttar Pradesh, it managed to get just 15 seats to the latter's 64. Cracks in the alliance began emerging almost immediately after the results were announced.

Mayawati also accused Akhilesh Yadav of discriminating against the Muslim community at the meeting. "When I was handing out tickets for the Lok Sabha election, Akhilesh sent a message through Satish Mishra that I should not give tickets to Muslims to prevent polarisation of votes. But I did not agree," she said, adding that people did not vote for their alliance because the Samajwadi Party president had "worked against non-Yadav backward communities" while he was the Uttar Pradesh Chief Minister.

Her criticism of Mulayam Singh Yadav was scathing. "Apart from the BJP, Mulayam also played a role in trying to frame me in the Taj corridor case," she said, referring to charges of corruption levelled against her in connection with a project for upgradation of tourist facilities near the Taj Mahal.

Ten days after the general election results emerged, Mayawati announced that the BSP would contest the forthcoming assembly bypolls alone. "The alliance is worthless. Yadav votes were not transferred to us but our votes did go to them. The Samajwadi Party won only where Muslims voted heavily for them," she said back then, adding that Akhilesh Yadav "could not even ensure his wife Dimple Yadav's victory".

Dimple Yadav had lost to the BJP from Kannauj, a constituency with around 3.5 lakh Yadav votes.