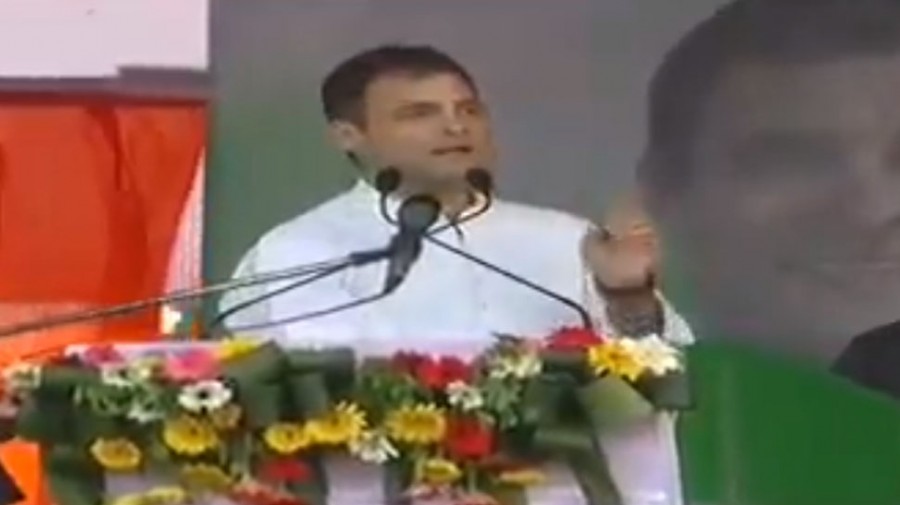 Banerjee, who was earlier scheduled to begin her campaign meetings on April 4 in North Bengal, has preponed it by a day to address the rally at Dinhata in Coochbehar constituency, which goes to polls in the first phase. BJP state chief Dilip Ghosh claimed that people in North Bengal will go to hear the Prime Minister at Siliguri. "Who will go to Dinhata?" he asked. The distance between Dinhata and Siliguri is about 170 km by road.

Former Madhya Pradesh chief minister Shivraj Singh Chouhan will address two poll rallies in Chhattisgarh's Naxal-hit Bastar constituency. The Bastar seat will alone go to polls in the state in the first phase of elections on April 11. Chouhan's public meetings will be held in Sukma and Kondagaon districts. Congress chief Rahul Gandhi will visit Nagaland, Assam and Meghalaya where he will hold rallies.

Here are the live updates from Wednesday (April 3):

* "We had given Assam special status but the BJP snatched it away. If we come to power, we will once again give Assam the special status," Rahul Gandhi says at Golaghat.

* The money for NYAY will come from the pockets of all the businessmen protected by PM Modi, said Rahul Gandhi. He added that the time has come to shift the narrative of country towards the truth. Earlier the slogan was 'Acche Din' but now it is, 'Chowkidar Chor Hai'.

* "While BJP made you stand in long queues for your own money with draconian policies like demonetisation, we will bring you justice with NYAY and provided minimum income support of Rs 12,000 for all poor families of the country," said Rahul Gandhi in Assam.

* A squad of the Election Commission stopped Karnataka Chief Minister HD Kumaraswamy's vehicle to conduct a check. The Static Surveillance team of the EC stopped the Chief Minister's SUV on the highway while he was on his way to Hassan. Kumaraswamy was photographed sitting in the front passenger seat.