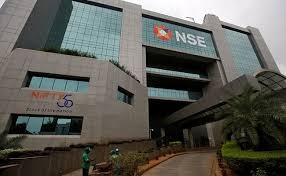 Sensex and Nifty snapped their four-day winning streak on the back of weak global markets. Domestic equity benchmarks snapped their four-day winning streak dragged by weakness in information technology, metal and capital goods shares. The S&P BSE Sensex fell 0.15 per cent or 54 points to close at 36,671 and the NSE Nifty 50 Index dropped 0.21 per cent or 23 points to end at 11,035.

Back home, eleven of 19 sector gauges compiled by BSE ended on lower led by the S&P BSE Metal Index's 1.57 per cent decline. Information technology, capital goods and industrial ind.exes also dropped over 0.5 per cent each. On the flipside, S&P BSE Utilities Index was top gainer, up 1.09 per cent.

Tata Motors was the top loser from Nifty 50 basket of shares, the stock fell 4.54 per cent to Rs. 180.70. Wipro, HCL Technologies, Tata Steel, Indiabulls Housing Finance, Hindalco and Vedanta were also among the losers. On the other hand, NTPC, GAIL, Eicher Motors, UltraTech Cement, UPL and Bajaj Auto were also among the gainers.