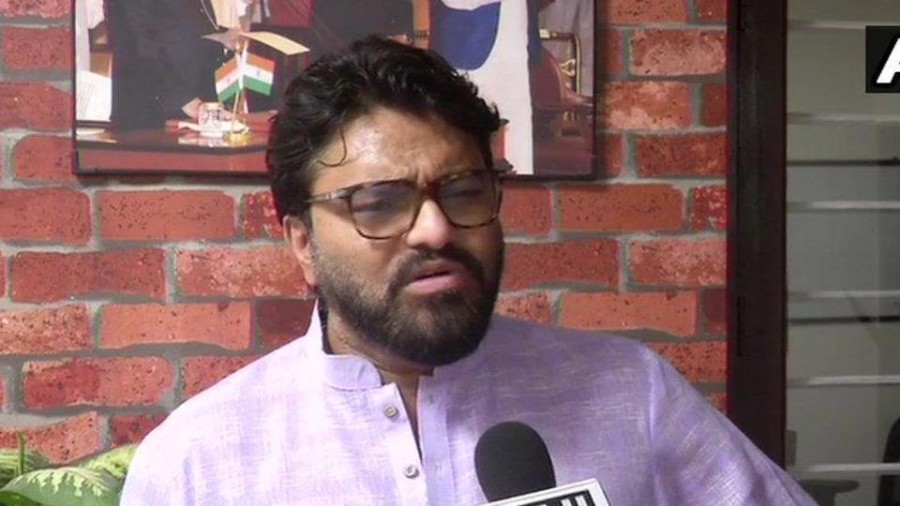 Union minister Babul Supriyo on Monday waded into the ongoing war of words between the BJP and Trinamool over ‘Jai Shri Ram’ slogans. He said Trinamool chief Mamata Banerjee is scared of the BJP and hence objecting to BJP workers raising slogans.

“She is an experienced politician but her behavior is abnormal and bizarre. She should keep in mind the dignity of the post she holds. She should take a break for a few days,” Babul Supriyo was quoted as saying by news agency ANI.

Mamata Banerjee has said she has no problem with the slogan of ‘Jai Sri Ram’ if used in religious connotations but said the BJP is mixing religion and politics.

Supriyo, who was elected as Member of Parliament (MP) from the Asansol seat in West Bengal for a second term, said people from his constituency lwill send ‘get well soon’ cards to Mamata Banerjee.

The Trinamool Congress and the BJP are engaged in an intense political battle in Bengal. The BJP made massive inroads in the Lok Sabha polls in Bengal winning 18 seats, an increase of 16 seats from its 2014 tally of 2. Mamata’s Trinamool won 22 of the 42 seats in the state.