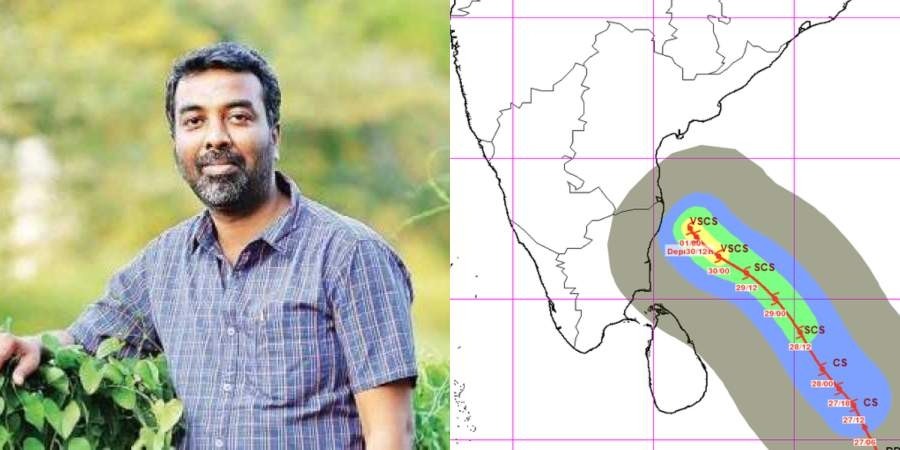 Pradeep John aka Tamil Nadu Weatherman has come up with interesting updates on Cyclone Fani, which is likely to make a landfall between April 30 and May 3 in Tamil Nadu district.

Pradeep John has put up a video, sharing interesting details about Cyclone Fani. In a video he shared on his YouTube page Tamil Nadu Weatherman, Pradeep said, "The interior regions of Tamil Nadu won't be having rains next week. But, there has been a depression formed on the Bay of Bengal which is set to intensify to form a cyclone called Fani. April has always been a month that doesn't witness a cyclone. Even in the past the cyclones that were formed in the month of April that always moved towards Buma."

He also stated that it has been over 50 years since a similar cyclone made a landfall in Tamil Nadu and further spoke about the possibility of the cyclone hitting neighbouring state Andhra Pradesh.

"The last time a cyclone hit Tamil Nadu was way back in 1966. A similar cyclone is heading towards Tamil Nadu the coming week and the chances of it hitting the state are very high. But there are chances that Fani might come near Tamil Nadu and then divert to Andhra Pradesh," said Tamil Nadu Weatherman.

Pradeep also firmly stated that even if the Cyclone Fani deviates towards Andhra, North Chennai will still witness a fair bit of rains.

He said, "Even in the mentioned case, North Chennai will still get rains. It will come near the shore of Chennai, Tiruvallur and Kanchipuram districts will witness immense rains. But the exact track can't be predicted as of now as there are still a few more days remaining. There are chances that Fani will come somewhere between April 30 and May 3. It's a good thing that after 50 years a cyclone is heading towards Tamil Nadu. It will be interesting to see in the coming days how it turns out to be."

Meanwhile, the Indian Meteorological Department (IMD) said that a depression over east Equatorial Indian Ocean and adjoining southeast Bay of Bengal is likely to intensify into a cyclonic storm.