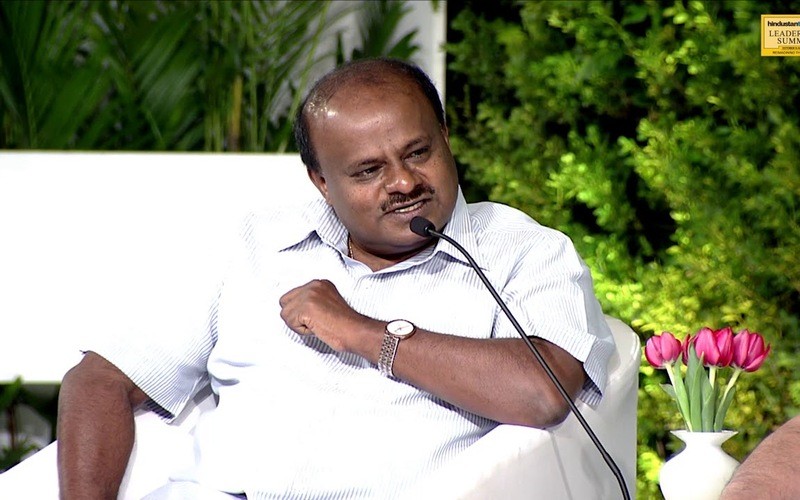 Karnataka Chief Minister H D Kumaraswamy on Friday clarified that his upcoming trip to the United States is unofficial and he will be travelling on personal expenses.

The statement comes amidst criticism the Janata Dal (Secular) leader is facing regarding the alleged expenditure of taxpayers’ money for unofficial purposes.

“I am travelling to New Jersey to participate in a foundation laying ceremony of Adichunchanagiri Mutt. It is not an official tour. I am travelling on my personal expenses,” Kumaraswamy, who concluded his village outreach programme at Ujalamaba village in Bidar district, told media here.

The Chief Minister said credit for the ‘Gram Vastavya’ programme goes to the Congress-JD(S) coalition. “The Cabinet ministers from Congress party also participated in the village stay with me. So the credit goes to the government and the officials from all departments,” he said.

With regards to the criticism he is facing from the Opposition on his stay at villagers’ homes, he said, “In a school in Yadgir, I saw a slogan stating ‘silence is the only answer for the meaningless question’. So I choose not to react on this anymore.”

Earlier this week, the BJP had reportedly raised questions over Kumaraswamy conducting official meetings at a five-star hotel, which is situated next to his allotted official home in Bengaluru.

Retaliating to his apparent portrayal as a “five-star” chief minister, he had said, “Have I submitted any expenditure bill to the government? It is my personal issue. I am not interested in getting a certificate from friends from BJP. I will work according to my conscience.”

The ‘Gram Vastavya’ initiative is the resumption of Kumaraswamy’s 2006 rural outreach programme during which he stayed at the homes of villagers.