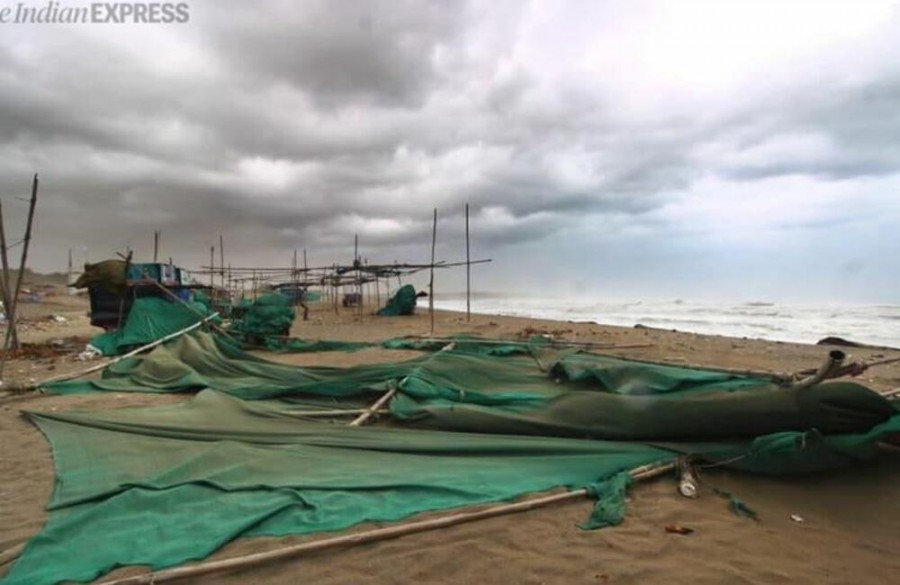 Cyclone Vayu won’t hit Gujarat after changing trajectory overnight, the Met department has said. Gujarat continues to be in a state of high alert with 3 lakh people from low-lying areas of Saurashtra and Kutch regions being evacuated.

“It (Cyclone Vayu) may not make landfall. It will only skirt the coast. It has made a small deviation. But, its effect will be there with strong winds and heavy rain,” secretary at the Ministry of Earth Sciences M Rajeevan told news agency PTI.

The Met department’s cyclone warning division said the storm taken a slight westward movement. “Cyclone Vayu is very likely to move north-northwestwards for some time and then northwestwards skirting the Saurashtra coast affecting Gir Somnath, Diu, Junagarh, Porbandar and Devbhoomi Dwarka with wind speed between 135 and 145 kmph, gusting to 160 kmph from June 13 afternoon,” the Cyclone Warning Division said in its 8:30 am bulletin on Thursday.

The state government has launched a massive evacuation exercise to shift about 300,000 people from low-lying areas of Saurashtra and Kutch regions.

“We had earlier planned to shift only those living in kutchha (thatched) houses but in the wake of forecasts that the cyclone could be severe, decided to shift all the people in coastal villages,” Chief Minister Vijay Rupani, who had a review meeting with the state administration at the State Emergency Operations Centre, told reporters. “The government’s success would be in zero death,” Rupani added.

Ten columns of the Army (each with 70 personnel) have been deployed in the 10 districts, as well as Morbi and Bhavnagar, while another 24 columns have been put on standby, a defence release said Wednesday.

The IAF has also positioned the medium lift and light utility helicopters at nodal points in the state. A highly mobile deployable radar has been placed at Gandhinagar to channelise helicopter operations and establish communication with control centres, the IAF said.

The NDRF has deployed 40 teams in 15 districts of Gujarat, and four teams in Diu. In addition, six teams will be airlifted from Patna and INS Rajali.