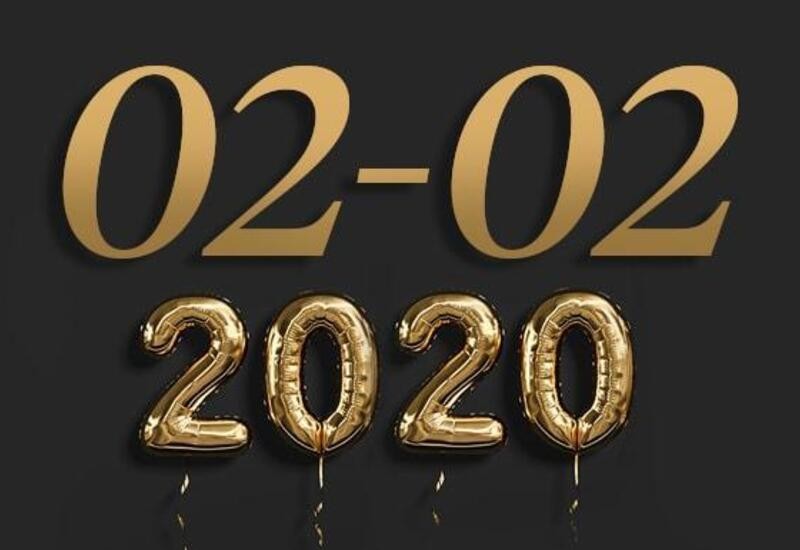 There is something very special about today.

Sunday, February 2, 2020, or 02.02.2020 marks a unique calendar date and phenomenon that has happened for the first time in 900 years.  It's a palindromic day that is written the same both backward and forward.

A palindrome is a word phrase or sequence that reads the same backward as forwards, according to the Oxford dictionary. Some common examples of palindromic words are madam, civic, level, and Malayalam.

The palindrome also applies to the date format followed in the United States (Month/Day/Year).  Many other countries follow the Day/Month/Year format. In some Asian countries, the year is placed before the month and the day. So, whether you are in Europe, America or Asia, the 2nd of February 2020 is a palindromic day everywhere.

Today’s date is a palindrome (whether it’s written with the date first or the month). This won’t happen again for 101 years 0202 2020 pic.twitter.com/gq7tLx9t1z

Thousands of social media users acknowledged the rarity of the day on Twitter and Facebook. Some even shared the information with GIFs and hilarious memes.

Professor Aziz Inan of the University of Portland told USA today that people are lucky to witness this rare phenomenon. “We are so lucky to have such a special palindrome date occurring in our lifetime because it’s so rare,” said professor Inan.