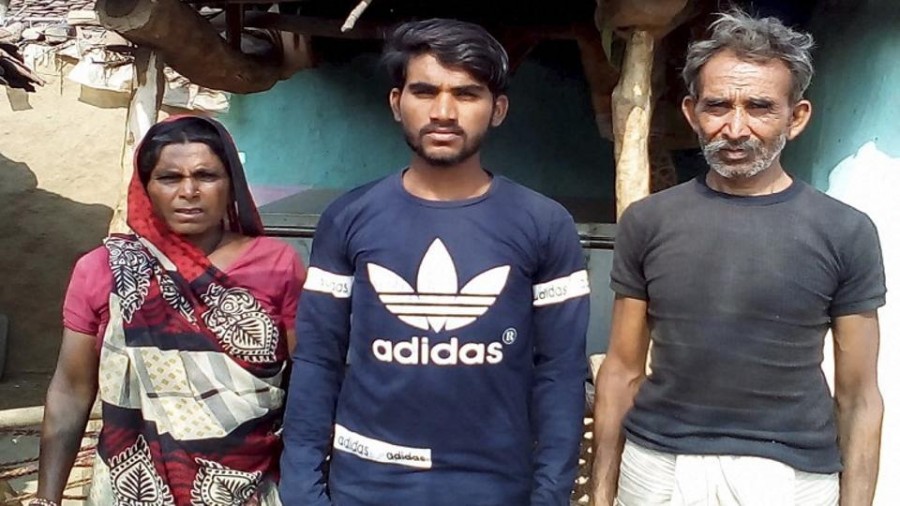 Till a couple of years ago Lekhraj Bheel had not heard of the JEE-Main exam, but this year he became the first to crack it in his tribal village in Rajasthan.

But success has not come easy for the 18-year-old. His parents are MNREGA labourers from Jhalawar’s Mogayabeeh Bhilan village who did not even know who is an engineer.

“I did not know what an engineer is and could not even dream that my son would become a graduate. Now I’m at the top of the world as he is going to become the first engineer in our local Bheel community and in the village,” the elated father said.

Mangilal and wife, Sardari Bai, who are illiterate themselves, expressed hope that their son would be able to improve the family’s condition and they would not have to continue working as labourers.

“They have to work hard to feed the family. I want to complete engineering degree and take care of them,” he said.

The teenager said he wished to raise awareness about the importance of studies among the children in his village, where most people are illiterate and work as labourers.

He thanked his teacher Jasraj Singh Gujjar, his principal and the director of his coaching institute in Kota.

The teacher said Lekhraj was good at studies but he was not aware of the career options available to him, and he had not even heard of the JEE exam.

Jasraj said that in class 10 board exams, Lekhraj topped in Jhalawar district, scoring 93.83 per cent. He was given a laptop by the then Rajasthan chief minister Vasundhra Raje for the feat.

The teacher said that the teenager had scored 96 and 97 marks in maths and science, respectively, despite there being no teachers for these subjects in the school.

Lekhraj was also a dedicated student who had to walk for 6 km from his village to school everyday.

Impressed with his marks, his school teachers advised the family to send him to Kota for entrance exam coaching, but they expressed their helplessness due to poverty, he said.

Jasraj said he took Lekhraj to Kota and met Naveen Maheshwari, a coaching institute’s director, who granted him free admission, accommodation and food.

In Kota, he continued his school education and took coaching for the entrance exams.

“The studies were tough in first few months because of my Hindi medium background but with the teachers’ help the situation improved,” Lekhraj said, adding he would study for 7-8 hours a day.