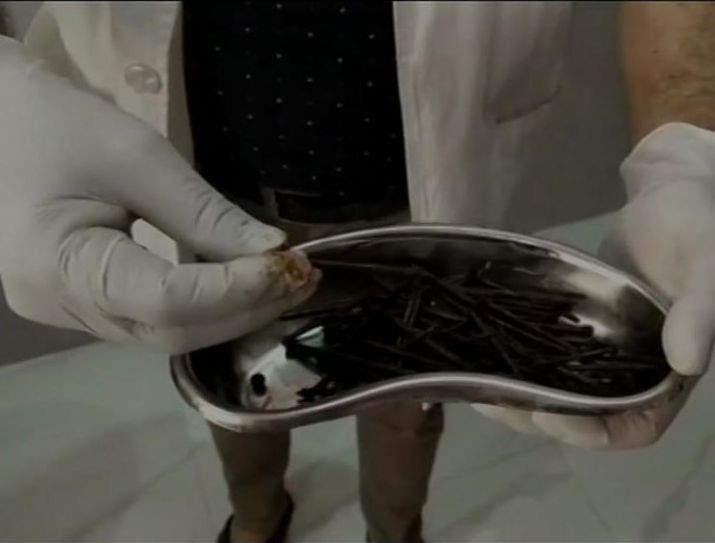 As many as 116 iron nails, a long wire and an iron pellet were removed from the stomach of a man during an operation, on Tuesday.

The incident was reported from Rajasthan's Bundi town.

"Operation was successful. The patient is a little mentally challenged. Neither he nor his family could tell how did the nails end up in his stomach," ANI quoted doctors as saying.