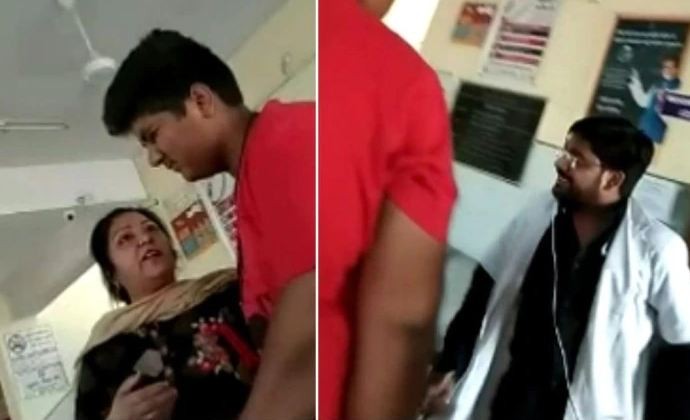 A bizarre tale of medical apathy has gone viral from Rajasthan's Ajmer. A video shows a dispute between a patient and a doctor over a dog bite.

A woman went to an Ajmer hospital with a dog bite. When she approached the resident doctor for treatment, the doctor angrily told her to "bite the dog back".

In the video, the patient furious over the doctor's reply can be heard repeatedly asking, "Have you ever bitten a dog?"

To this, the doctor, Praveen Kumar Balotiya, threatens to file a complaint against the woman under the SC/ST Prevention of Atrocities Act.

The woman is then seen defending herself saying that this is the first time she has come to the hospital so how would she know the doctor's caste.

The 57-second video with the woman saying that the CCTV footage from the hospital will show the truth.

After the video went viral, it sent the state health department into a tizzy. A probe was ordered which found that the incident occurred at a government dispensary in Madar.

Chief Health Medical Officer KK Soni told media that a five-member team has been set up to probe the matter. He said the video was shot by the hospital staff.